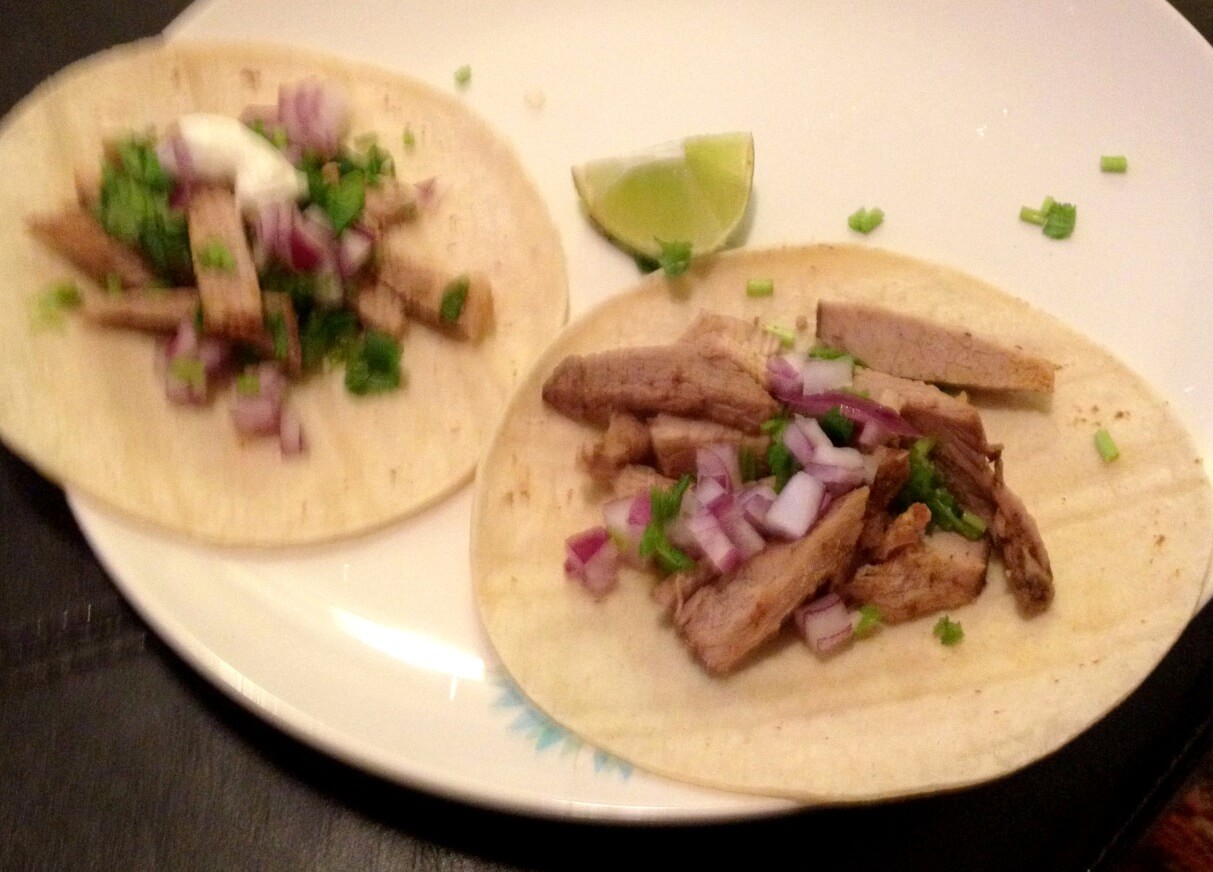 I love any meal I can throw in one pot in the middle of the day and serve with pride 6 hours later after 15 minutes of prep. Some cooks might dispute this claim, but I’m gonna go ahead and say it’s hard to mess up a pork shoulder, so this is also a dish that takes zero skill to master. If you don’t have a slow cooker, just throw this in a roasting pan in your oven at 250 degrees for the same amount of time. You might want to baste it mid-cook so it doesn’t dry out, though.

3 lb pork shoulder, bone out
3 roasted chipotles*
3 large cloves of garlic, peeled and halved
1 Tbsp cumin
1 Tbsp paprika
1 tsp black pepper
1 tsp salt
6 oz. beer (I used Miller High Life because I had a leftover in the fridge, but a dark beer will work best for this)

Add pork shoulder, chipotles, garlic, spices and beer to the slow cooker. Cook on low for 2 – 3 hours or until the meat is easily pulled apart with two forks. (NOTE: If cooking in the oven, baste at 1 and 2 hours).

Heat up tortillas between 2 damp paper towels in the microwave for a minute or two. Top with pulled pork, cilantro, onion, and a squeeze of lime. Plate alongside another wedge of lime.