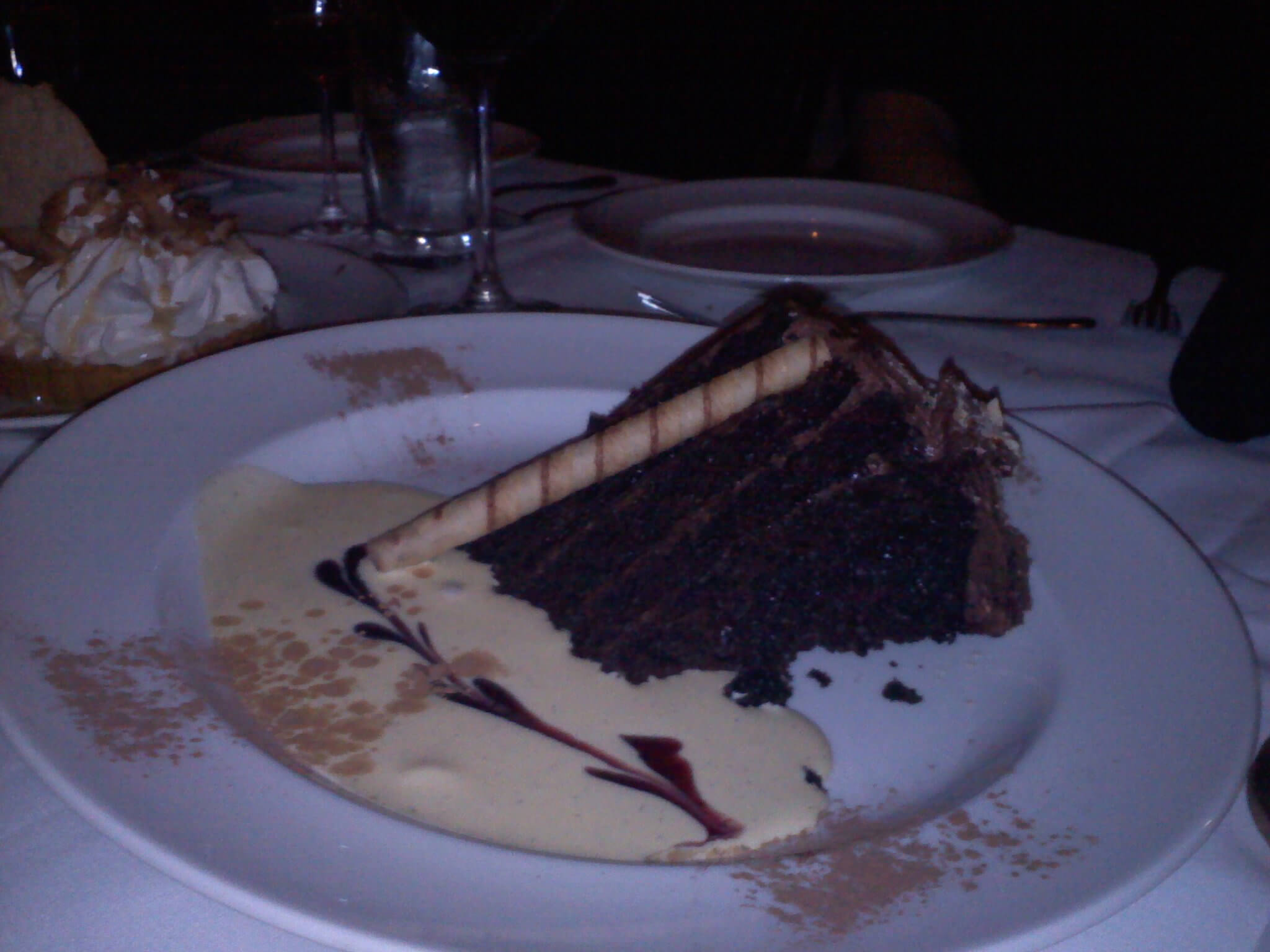 I’m about to tell you a story of the good life. Or at least the good life according to Lauren E. Last weekend, as I mentioned, I traveled to Pittsburgh, PA to visit my fabulous cousin Casey and also attend the Lady Gaga concert (and can I just say… hooooly holy hell. Officially the most impressive concert I’ve ever been to.).

But enough about The Fame Monster herself. The weekend began with true VIP treatment. Casey is wine director at The Capital Grille in Pittsburgh and when I tell you her friends and I got the experience the Steelers get (although apparently, Polomalu rolls in in sweatpants) I am not telling you a lie. Below, a photographic journey.

The incredible meal began with cocktails at the bar, followed by our seating at a primo table next to the open kitchen. The table was already laid with huge cold seafood platters, chock full of crab legs, shrimp, and raw oysters (I don’t have a picture of this because I felt like such a goober pulling out my camera – Casey quickly yelled at me after the first course and told me to take as many pictures as I wanted… heeeey).

The platters continued (keep in mind, we hadn’t even ordered yet… these were just compliments of the chef). Next to the table was trays of poke (raw tuna and seaweed salad, Hawaiian style!) with salted chips that I ate heaps of. 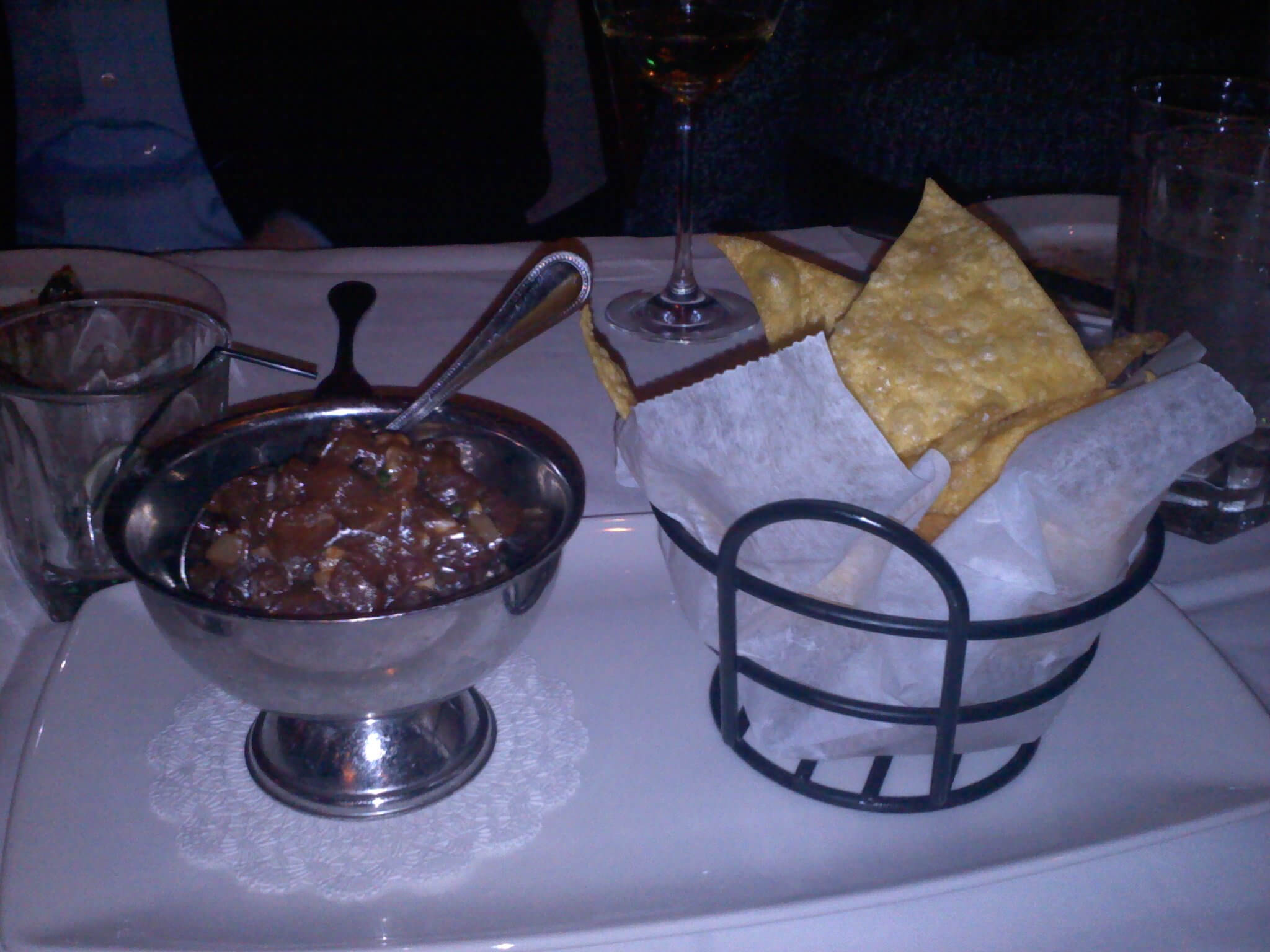 After the poke came lamb lollipops and scallops wrapped in bacon. The picture I took of this dish was completely blurred, probably because I was so ready to dive into that scallop that was the size of my face.

After the lamb and scallop, the waiter told us he’d allow us a small break. A break? A break before what? Oh, that’s right… we hadn’t ordered dinner yet. That’s right. This was the pre-cursor.

When I was a kid my grandmother always used to say that my eyes were bigger than my stomach, and in 25 years, not much has changed. I ordered the Filet Oscar, a steak filet with crab meat and bernaise sauce, with a side of lobster tail. I bragged to the guy sitting next to me that I was still STARVING and I’d probably eat the whole thing. I took a bite. Two bites. Two and a … half… bites… Done. I was done. “Thought you were gonna eat the whole thing?” the joker asked. (The following afternoon I had a lovely Filet Oscar sandwich). We were also served bowls of mixed mushrooms, green beans, and lobster mac and cheese that was to. die. for. 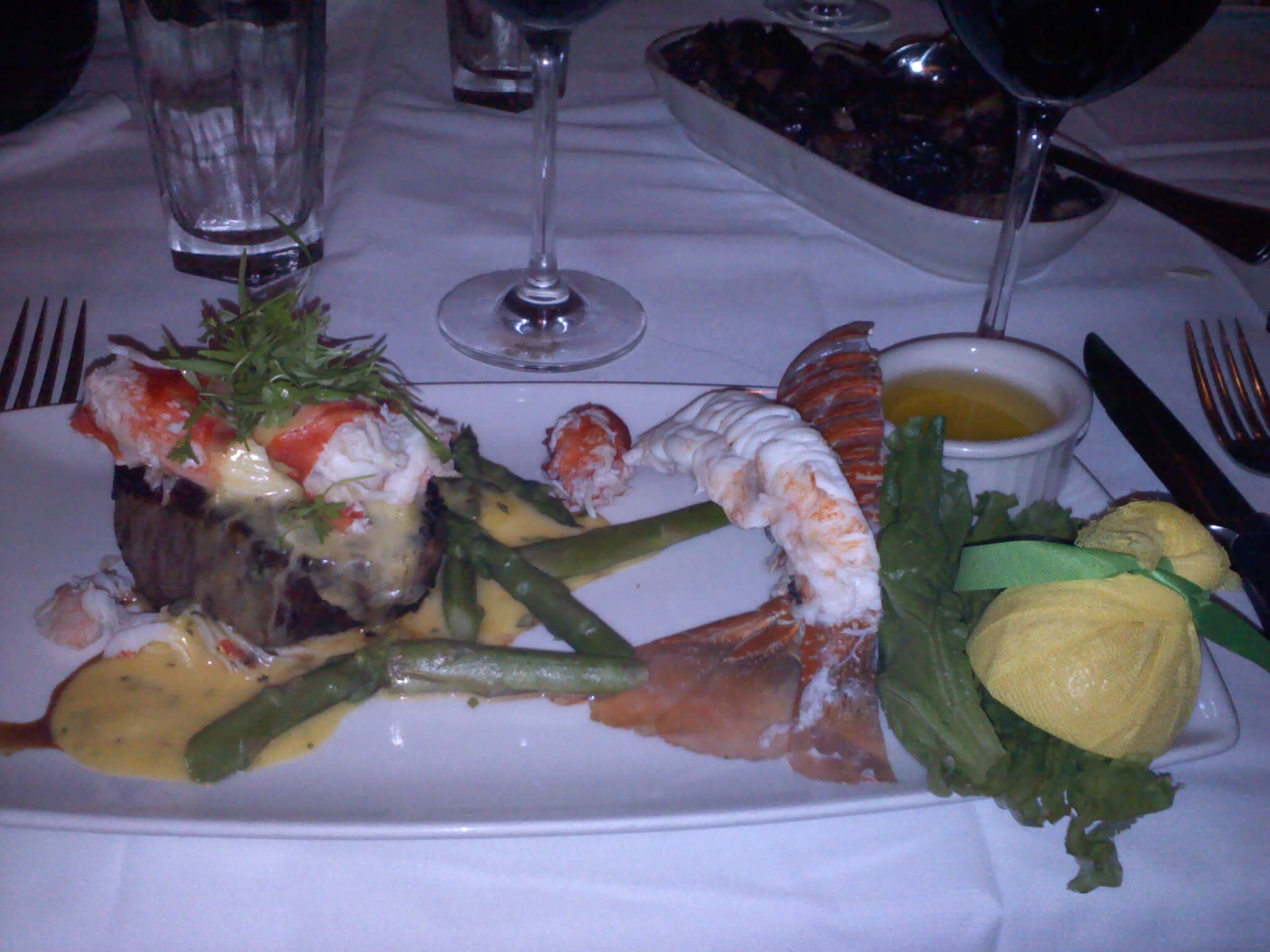 We weren’t done yet, friends. Dessert. “You have to try the coconut cream pie!” someone gushed. So I did. My review? This is probably the dessert they serve in heaven. Just saying. 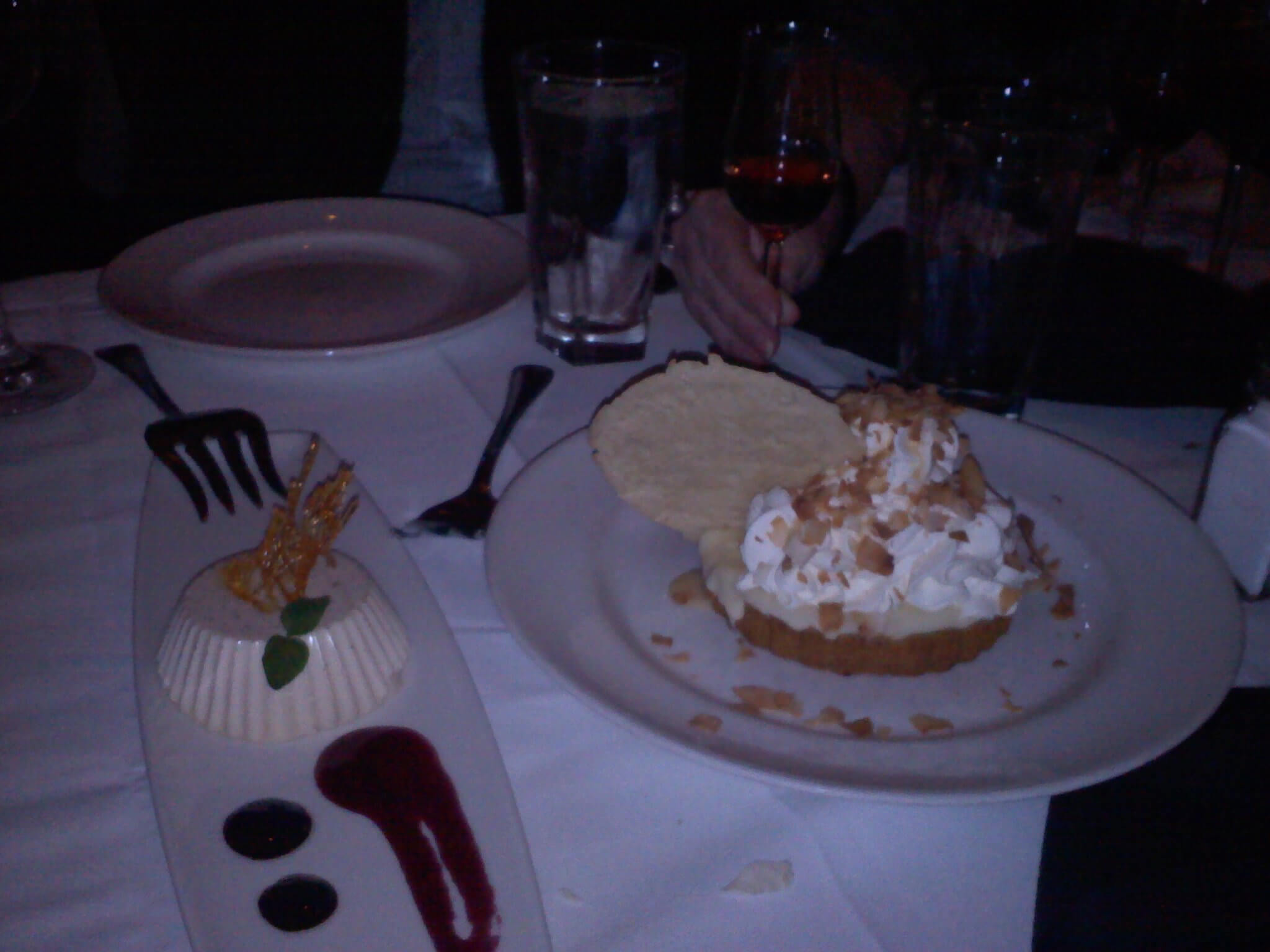 In addition to the unbelievable food (the so-tender-you-could-cut-it-with-a-fork steak, the buttery lobster, the impeccably fresh tuna, the creamy-dreamy hazelnut chocolate cake), I was afforded a tour of the kitchen. I watched a pastry chef removing panna cotta from the forms. I walked into the giant cooler with the dozens of hunks of aged beef. I shook hands/claws with a live lobster. I know I could never handle the schedule and the work load of a professional chef, but there is something that stirs in me when I’m in a real live working restaurant kitchen like that. I love it. The sounds, the smells, the characters. I could’ve pulled up a chair and watched the choreography for hours.

Thanks for the incredible weekend, Casey! I’ll be back real soon.