What you might be surprised to know about eating in Italy 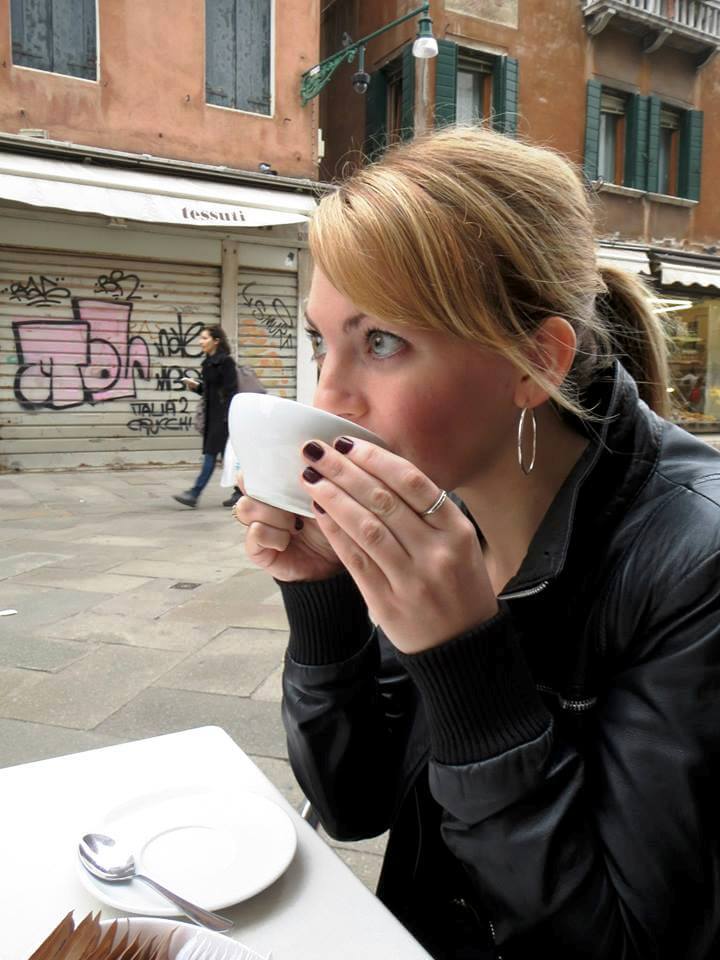 Drinking a cappuccino in Venice

Guys, I went to Italy. And there’s really no other way to put it except to say that I fell in love with it. Just like everyone said I would. If you’ve never been, you’re probably envisioning incredible pizza with fire crackling in wood burning ovens, romantic glasses of prosecco consumed outside on cobblestone streets, giant bowls of homemade pastas carefully crafted by little old grandmas in 500 year old kitchens, and gelato up the ying yang.

That last one really gotcha, didn’t it?

Well, I’m here to tell you… it’s all true. IT’S ALL TRUE. Only it’s better. Every cappuccino, even those from little tourist shops, was creamy and strong and frothy and smooth. Every pasta was handmade because what’s the alternative? Boxed pasta?! Bite your tongue. But not really. You’ll need that to taste with, dummies.

So instead of describing ad nauseum all the dishes I loved in Italy, below is a “I was surprised by” list of eye openers.

Truly authentic Italian restaurants are only open for a few hours at night
I don’t know why this is. But almost every single restaurant we went to for dinner was only open from 7PM to 11PM or 8PM to 10:30PM. And if there was any doubt that those were their true hours, one night we ate at an adorable little spot in Rome and come 11PM, closing time, our waiter told us they were out of dessert. Out. of. dessert. We nearly cried. And stole our neighbors’ chocolate torte.

Wine is dirt cheap.
It’s like they’re BEGGING you to drink with every meal! When wine is 4 euro for half a litre, how could you say no at lunch? Or at 2PM? Or at 9PM? Or… you get it. We had the warm-wine-rosies for 90% of the trip.

Gelato really is good everywhere.
When people said this to me before I left, I thought, “Well sure, because gelato I buy here at the grocery store is ‘good,’ too.” I was dumb. Gelato is AMAZING everywhere in Italy. We inadvertently popped into a super touristy shop in Florence where two gelato ran us FOURTEEN EURO (eeps) and it was still just as delicious as the cheapo, clearly more local, gelato we got in Venice for 3 euro. 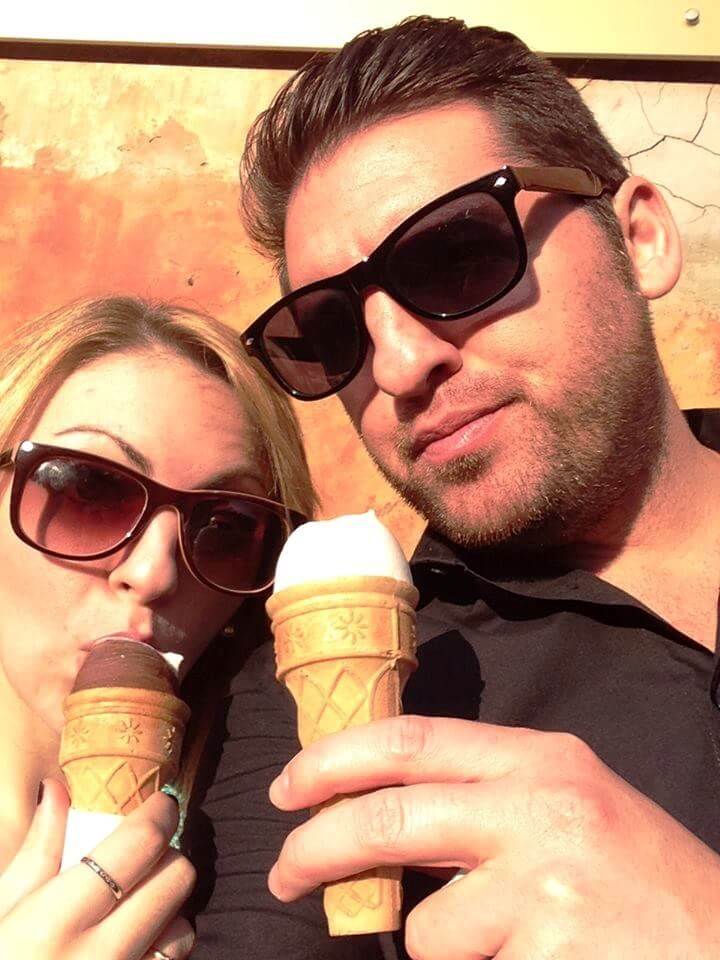 Gelato near Circus Maximus in Rome

If you order a pastry with your cocktail, you’re a dope.
This one I’m not sure of, either. Our first morning in Venice our lovely apartment host Giulia took us out for coffee because our apartment was still being cleaned. She told us the official drink of Venice is called a Spritz, an aperitif made with prosecco, Campari, and sparkling water, so we ordered two. The BF also ordered a croissant because he was hungry. Giulia thought this was HILARIOUS. “A croissant with a Spritz?!” “Yeah… why?” “Ooookaaaay…” Cue eye roll. We don’t really know. But that’s okay. It was all delicious. 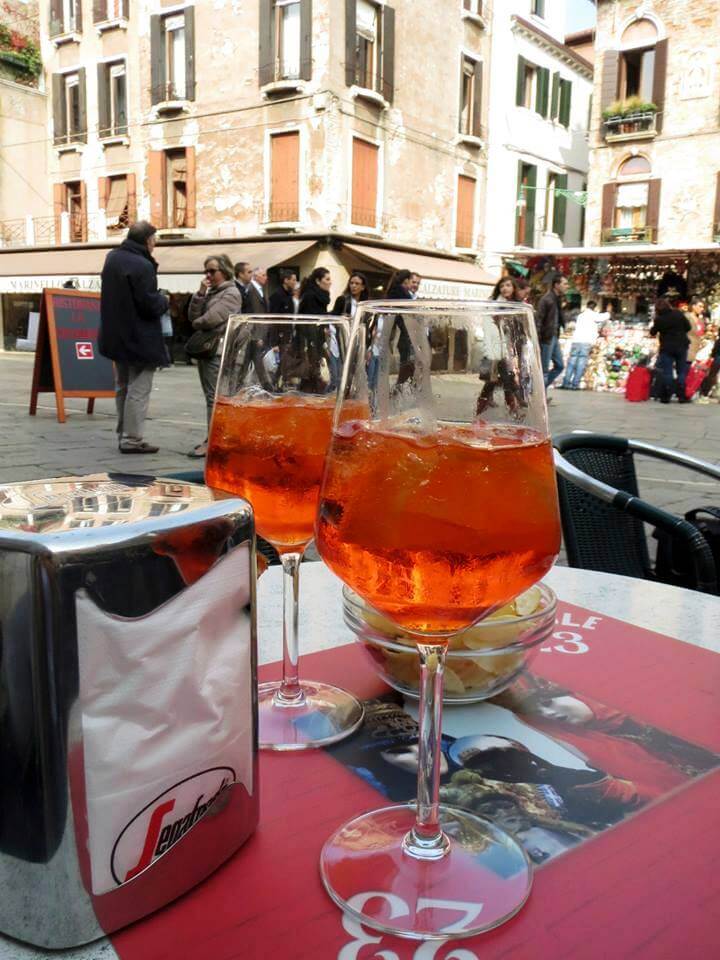 Spritz in Venice near Teatro Italia

Italians really love to feed you.
Twice we ordered midday meals or snacks that were freaking huge and we had no idea. But the lovely people who served them to us were so smiley and proud of their creations that we couldn’t help but eat every bit on the plate, no matter how tight our pants were getting. It only reminded me that cooking and serving someone the meal you created is a really gratifying experience, and it’s one of the reasons I love making food. 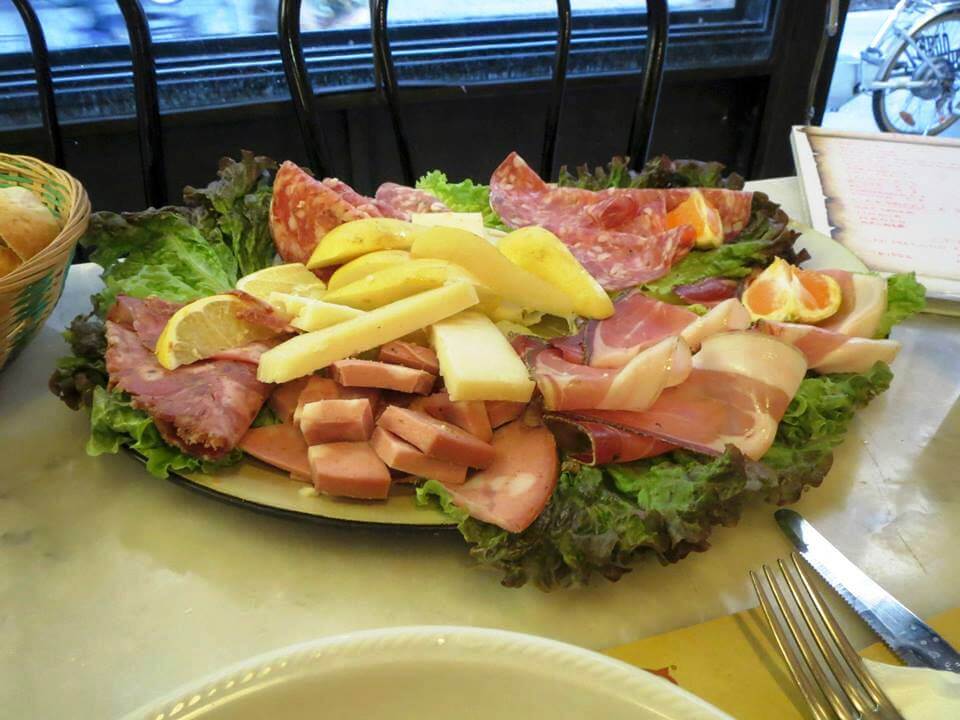 First course and second course are suggestions. They are great suggestions.
In all three cities we visited, Venice, Florence, and Rome (and perhaps in all of Italy?) pasta is a first course, and entrees and proteins are the second course. When The BF and I finally came around to this manner of eating, we loved it! Portions are small (cough normal cough) enough that you’re not stuffed on pasta before the second course arrives. You’re just… teased. And at the end of the meal you feel full and complete but not disgusting. 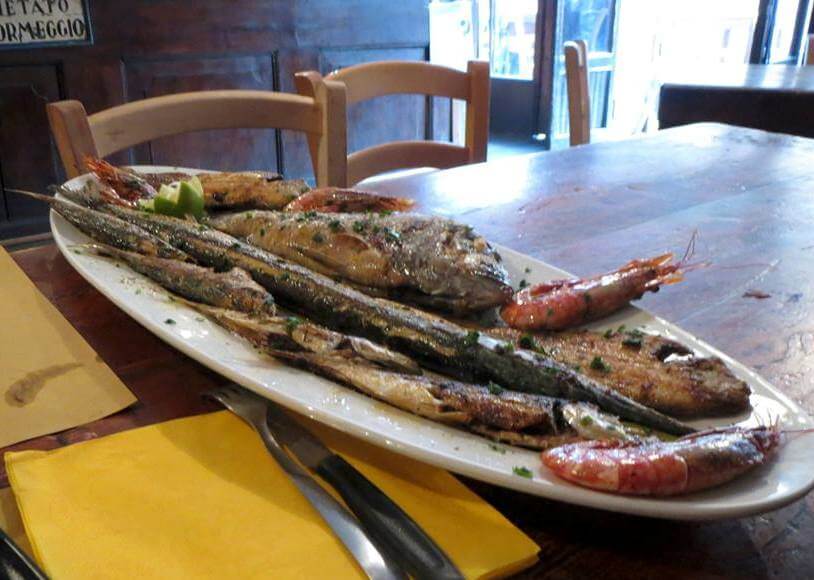 An ocean of fish (ha!) at Paradiso Perduto in Venice

Ciao Italia! Thanks for treating us so well. We’ll see you real soon.