Just a quick Friday post to let you know about a really interesting documentary I stumbled upon on Netflix (FYI: Netflix has TONS and TONS of documentaries about food if you’re interested – and they’re not even paying me to say that).

Simply put, Forks Over Knives touts the benefits of a whole food, plant-based diet. It examines how most degenerative diseases can be controlled by eliminating animal-derived and processed foods from our diets (full disclosure: I’m eating a giant black and white cookie as I write this).

Brian Wendel, the creator and executive producer, digs deep to uncover Americans’ misconceptions about food, the benefits of cutting out animal products from your diet, and using food as medicine to cure or control degenerative diseases.

The research is fascinating, and I have to admit it affected how I did my grocery shopping the following day. I filled my cart with red peppers, cucumbers, and apples to take as snacks to work instead of yogurt like usual. I researched more veggie-heavy recipes instead of relying on pizza for a Friday meal. However… I took the messages in the film with a grain of salt. Maybe cutting out animal products really does prevent you from getting cancer, and there is no doubt that cutting out processed foods will help obese people control their diabetes and heart disease. But I think we can all point to an unhealthy vegetarian. Or someone who’s lived to 102, cancer free, but ate steaks and drank big glasses of milk once a week for their entire life. I’ll try to cut down on my unhealthy eating habits, but I’ll never say no to a cheeseburger.

Other incredible food documentaries on Netflix include: Vegucated; Jiro Dreams of Sushi; and Food Fight. 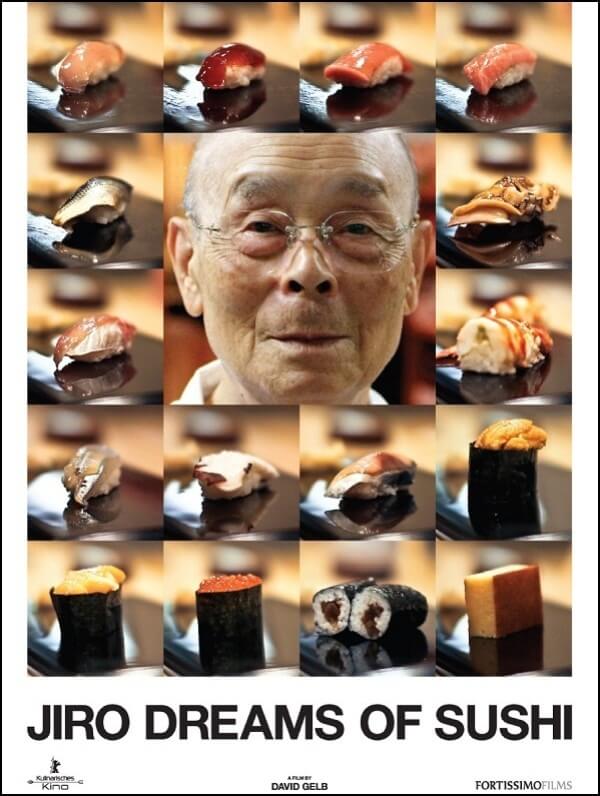 Very few people nowadays dedicate their lives to studying and mastering a craft. The incredible documentary Jiro Dreams of Sushi follows a man who did just that. Jiro owns a sushi restaurant in Japan that is world renowned for the quality of the product, the dedication of the apprentices who study under him, and the esteem he’s garnered from being a disciplined master of his craft.

Jiro Dreams of Sushi is streaming on Netflix and I cannot recommend it enough. Word to the wise: have some sushi on hand while you watch. You’re gonna need it.